A new study conducted by researchers from the Natural History Museum of Denmark shows that toxic diatoms are found among the important microalgae in Antarctica. The finding helps us to understand the food chain in the area, and it shows that also here is the risk of poisoning of marine mammals and birds.

There is virtually no land-based plant growth in Antarctica. Therefore, the wildlife of Antarctica is dependent on the microalgae in the sea. Despite the fact that microalgae are the foundation of life in and around Antarctica, the algae are not very well studied. 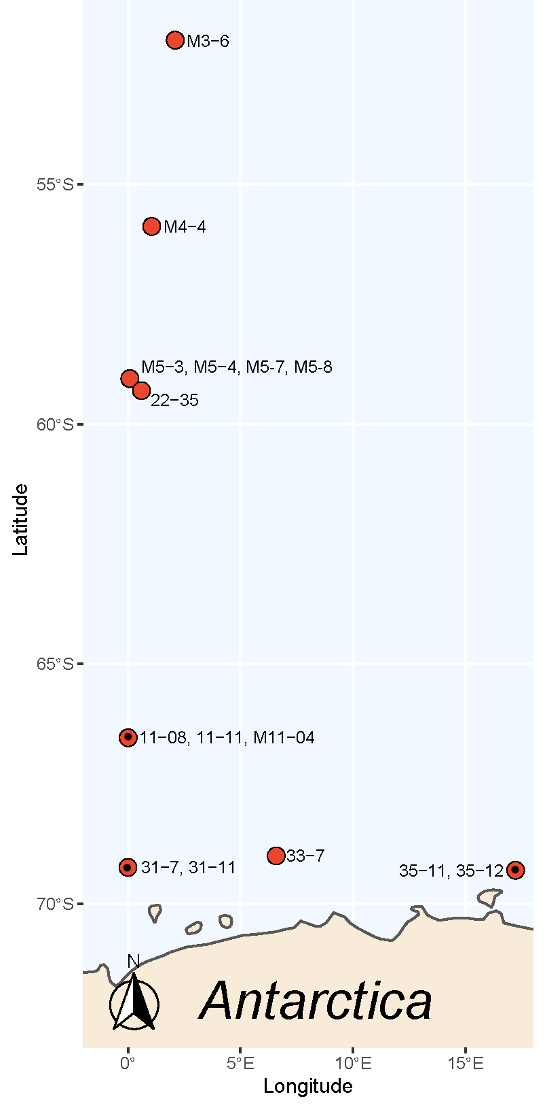 The South Seas are one of the most productive ecosystems on earth and the area is a pantry for a multitude of seabirds and marine mammals. In particular, humpback whales (Megaptera novaeangliae) and southern right whales (Eubalena australis) depend on the food they find in Antarctica. They eat large amounts of krill in the area before beginning long periods of fasting, where they calve at lower latitudes. Krill feed on microalgae and therefore krill, like many other animals, depend on the presence of microalgae. Despite the great influence of algae on life in the South Seas, there is little knowledge about the composition of plankton / microalgae in Antarctica.

However, it has long been known that the community of microalgae mainly consists of diatoms, which are algae surrounded by hard diatoms and adapted to the conditions in the area:

- In some periods, 30-70% of the diatoms in the area consist of the genus Pseudo-nitzschia, which we know, periodically, can produce the neurotoxin domoic acid. Now our study shows that precisely Antarctic species of the genus Pseudo-nitzschia can produce the neurotoxin. The toxin accumulates through the food chain and can cause damage to marine mammals and birds. In Denmark, we know these toxic diatoms from algae blooms in spring and autumn. When the algae are poisonous, the poison accumulates in mussels and makes them inedible to humans and therefore the mussel fishery is shut down for a period, says Anna Karoline Junker Olesen, PhD student at the National Museum of Natural History.

She has made the research project in collaboration with a group of colleagues at the museum, and a research group of the Alfred Wegener Institute in Germany. The new study demonstrates for the first time the existence of the toxic diatoms in Antarctica. This finding raises the question of whether the food chains in the southern Arctic Ocean are affected by the presence of domoic acid and whether there is reason to fear poisoning of the area's marine mammals and birds.

Read more about the study