Pioneering work on birds was 20 years in the making

It has been more than 20 years in the making and has been awaited with longing by ornithologists and bird lovers. The masterpiece, "The Largest Avian Radiation - The Evolution of Perching Birds, or the Order Passeriformes", tells the remarkable story of how Perching Birds have spread all over the world.

It has been more than 20 years in the making and has been awaited with longing by ornithologists and bird lovers. The masterpiece, "The Largest Avian Radiation - The Evolution of Perching Birds, or the Order Passeriformes", tells the remarkable story of how Perching Birds have spread all over the world.

The main author and editor of the book is Jon Fjeldså, professor emeritus at the Natural History Museum of Denmark. Together with two co-editors and 19 authors from Denmark and Sweden, he has spent 20 years laboring on the impressive work on Perching Birds - a term that also covers all songbirds and more than 6,200 species. 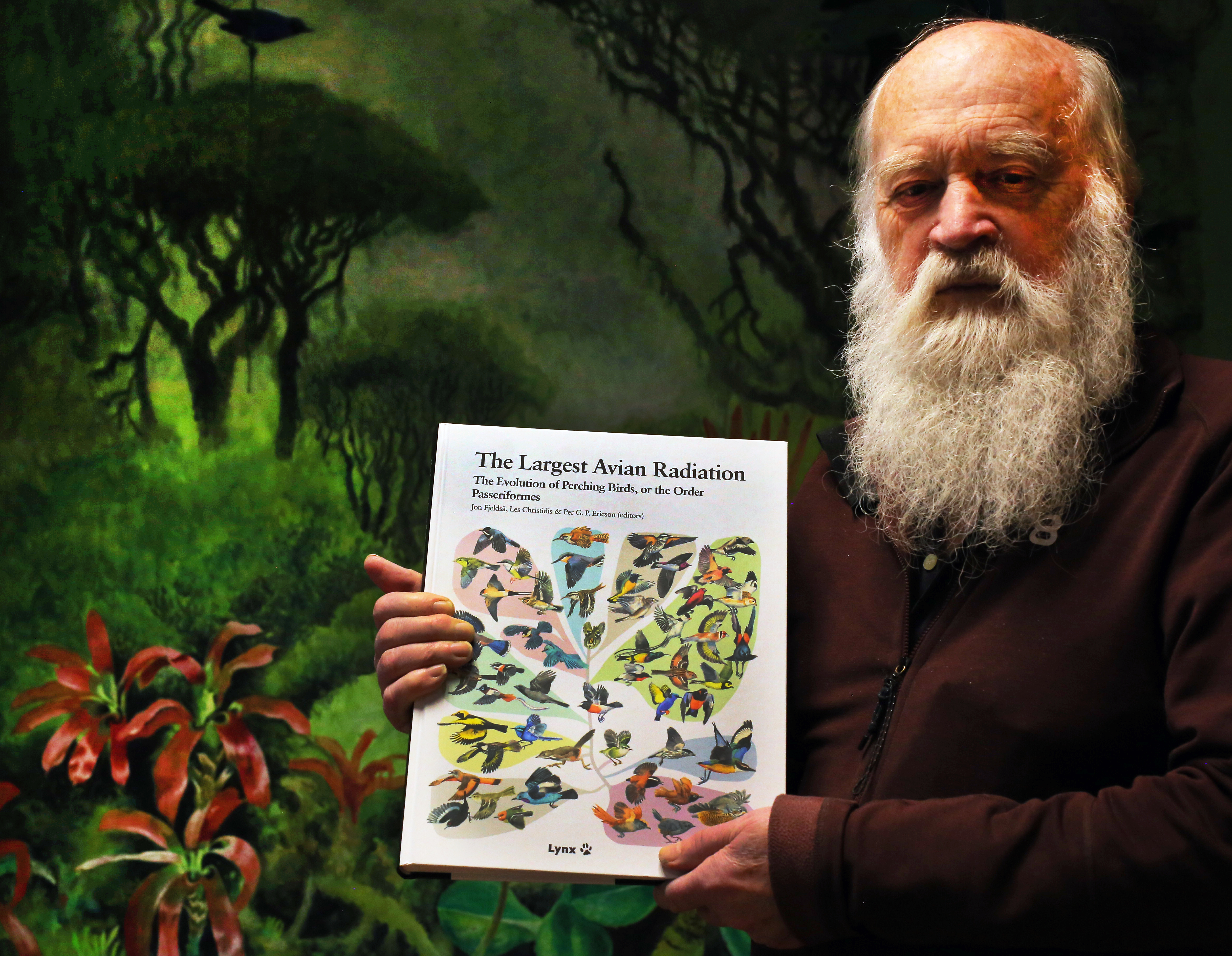 "We started working on bird DNA as early as the late '80s, when techniques that made sequencing the species' various genes much easier. But when American researchers in the year 2000 announced that they would do DNA phylogeny - or lineage - for all birds, I decided together with colleagues in Stockholm that we would take care of the Perching Birds, which make up 2/3 of all species in the world ", says Jon Fjeldså.

The history of the lineage

“The Largest Avian Radiation” presents and explains a revised classification that reflects the phylogenetic history of passerine birds. New knowledge shows that many of the ancient evolutionary linages in general have life strategies involving strong attachments to the natal area, which means a strong constraint on their ability to disperse.

"A good example is when resident birds are cooperatively breeding, where an old pair stays together in a family group. The young can only form new groups when the dominant bird is dead. This means that these bird species have difficulty moving from the area where they are born. However, species have gradually emerged where the male and female are only together during the breeding season. The rest of the time they can move in flocks over great distances – e.g. to new continents - where they adapt to the new possibilities", says Jon Fjeldså.

The research behind the book has revealed that only a few times during the evolution of songbirds there have been changes to a new life strategy. This means that a stem form in a short time could give rise to a large number of new species that spread to new continents. Today, only 5 out of 147 families of sparrows are represented on all continents except Antarctica.

Over 20 years of research

The book conveys the research group's more than 250 dissertations, and the aim of the research is to promote the development of a comprehensive theory on how the great variety of Earth's biodiversity is created. In addition to describing the revised evolutionary history of sparrows, the researchers therefore also identify the adaptation changes, including shifts in life-historical strategies that underlie major evolutionary changes and expansion. 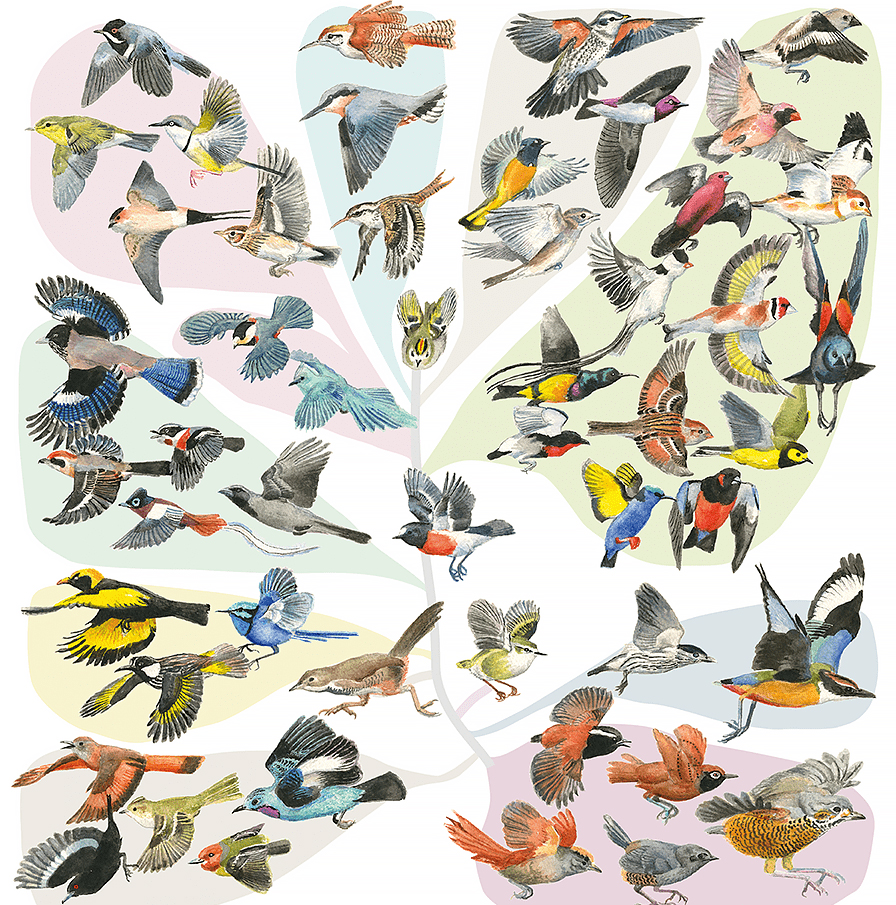 With more than 6,200 species, Perching Birds represent one of the most remarkably cases of rapid evolution of new species. New DNA studies have dramatically changed the understanding of evolutionary conditions because apparently all Perching Birds originate from South America, Antarctica and Australia, after a global catastrophe wiped out most of the ancient terrestrial life, including large dinosaurs and early birds.

An important adaptation was changes in the bones and tendons in the foot, which allowed the Perching Birds to grab thin plant stems, or even climb on rough rocks. Over time, it became one of the most important evolutionary changes for this group of birds because it made it possible for the birds to utilize food resources in the vegetation like almost no other bird. This gave the Perching Birds a competitive advantage during their colonization of the Earth.

"We see how a seemingly constant rate of development for new species is possible due to rapid spread in new ecological niches, including archipelagos. At the same time, there is an extraordinary accumulation of species with a very small distribution in certain tropical mountain ranges," says Jon Fjeldså.

The work thus reveals the remarkable and never before told story of how the Perching Birds diversified and spread throughout the world. It also presents and explains the new classification that reflects the history of the lineage.

Jon Fjeldså is - in addition to his many years of research - also known as an excellent illustrator, and he has also been responsible for the many beautiful illustrations in the Book.

"I have been drawing all my life <and it has been an extra passion for me. So this book with the over 400 illustrations more than 20 years in the making is a life's work for me," says Jon Fjeldså.

The book "The Largest Avian Radiation - The Evolution of Perching Birds, or the Order Passeriformes" is published by Lynx Natural History Publishing. Read more about the book here. 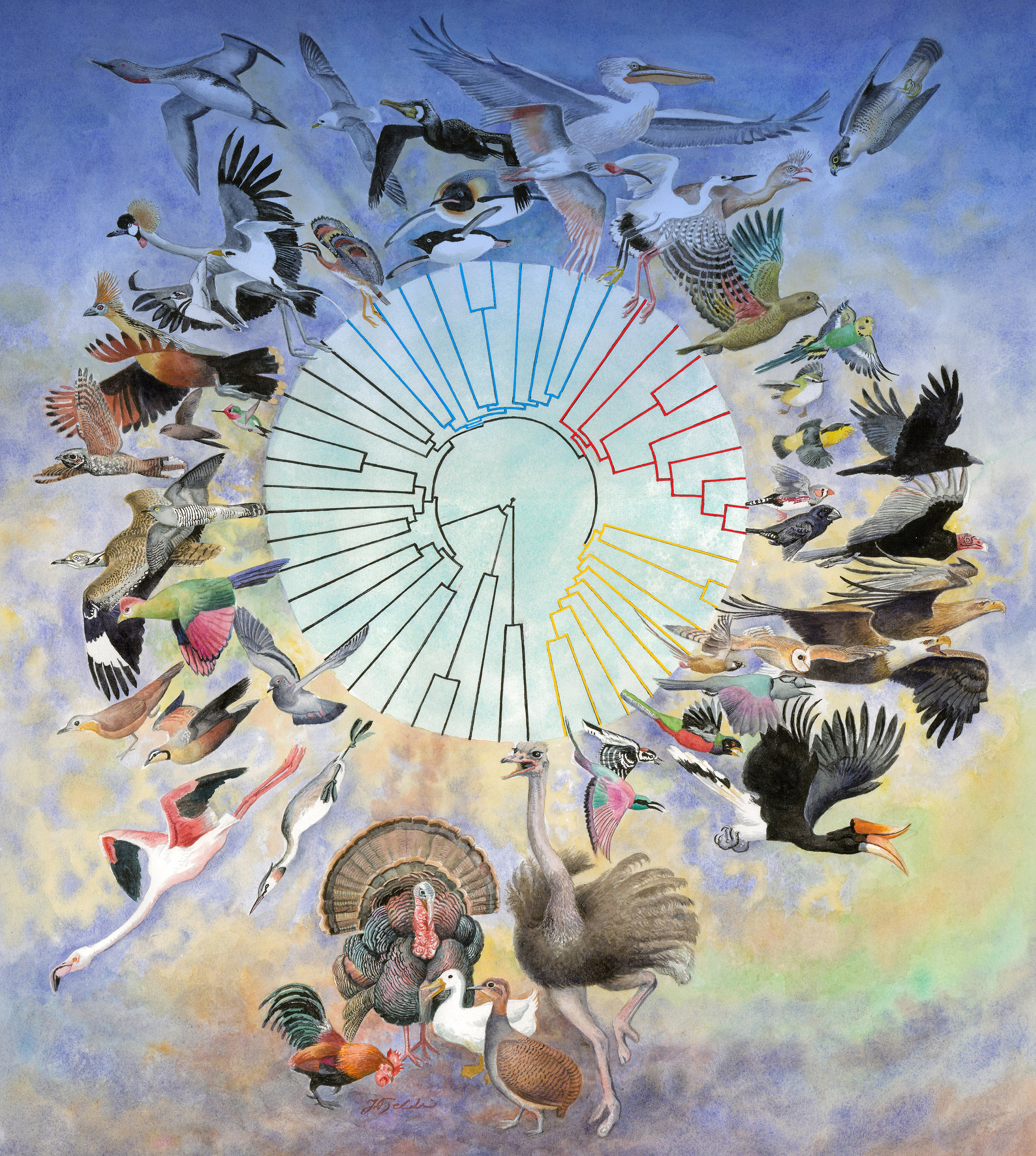