An international team lead by researchers from the Centre for GeoGenetics at the Natural History Museum of Denmark, University of Copenhagen have discovered a 31-km wide meteorite impact crater buried beneath the ice-sheet in the northern Greenland. This is the first time that a crater of any size has been found under one of Earth’s continental ice sheets. The researchers worked for last three years to verify their discovery, initially made in the 2015. The research is described in a new study just published in the internationally recognized journal Science Advances.

The crater measures more than 31 km in diameter, corresponding to an area bigger than Paris, and placing it among the 25 largest impact craters on Earth. The crater formed when a kilometre-wide iron meteorite smashed into northern Greenland, but has since been hidden under nearly a kilometre of ice.

- The crater is exceptionally well-preserved, and that is surprising, because glacier ice is an incredibly efficient erosive agent that would have quickly removed traces of the impact. But that means the crater must be rather young from a geological perspective. So far, it has not been possible to date the crater directly, but its condition strongly suggests that it formed after ice began to cover Greenland, so younger than 3 million years old and possibly as recently as 12,000 years ago – toward the end of the last ice age, says Professor Kurt H. Kjær from the Center for GeoGenetics at the Natural History Museum of Denmark.

The crater was first discovered in July 2015 as the researchers inspected a new map of the topography beneath Greenland's ice-sheet. They noticed an enourmous, but previously undetected circular depression under Hiawatha Glacier, sitting at the very edge of the ice sheet in northern Greenland.

- We immediately knew this was something special but at the same time it became clear that it would be difficult to confirm the origin of the depression, says Professor Kjær.

In the courtyard at the Geological Museum in Copenhagen just outside the windows of the Center for GeoGenetics sits a 20-tonne iron meteorite found in North Greenland not far from the Hiawatha Glacier.

- It was therefore not such a leap to infer that the depression could be a previously undescribed meterorite crater, but initially we lacked the evidence, reflects Associate Professor Nicolaj K. Larsen from Aarhus University.

Their suspicion that the giant depression was a meteorite crater was reinforced when the team sent a German research plane from the Alfred Wegener Institute to fly over the Hiawatha Glacier and map the crater and the overlying ice with a new powerful ice radar. Joseph MacGregor, a glaciologist at NASA, who participated in the study and is an expert in ice radar measurements adds:

- Previous radar measurements of Hiawatha Glacier were part of a long-term NASA effort to map Greenland’s changing ice cover. What we really needed to test our hypothesis was a dense and focused radar survey there. Our colleagues at the Alfred Wegener Institute and University of Kansas did exactly that with a next-generation radar system that exceeded all expectations and imaged the depression in stunning detail. A distinctly circular rim, central uplift, disturbed and undisturbed ice layering, and basal debris. It’s all there.

In the summers of 2016 and 2017, the research team returned to the site to map tectonic structures in the rock near the foot of the glacier and collect samples of sediments washed out from the depression through a meltwater channel.

- Some of the quartz sand washed from the crater had planar deformation features indicative of a violent impact, and this is conclusive evidence that the depression beneath the Hiawatha Glacier is a meteorite crater, says Professor Larsen.

Earlier studies have shown that large impacts can profoundly affect Earth’s climate, with major consequences for life on Earth at the time. It is therefore very resonable to ask when and how and this meteorite impact at the Hiawatha Glacier affected the planet.

- The next step in the investigation will be to confidently date the impact. This will be a challenge, because it will probably require recovering material that melted during the impact from the bottom of the structure, but this is crucial if we are to understand how the Hiawatha impact affected life on Earth, concludes Professor Kjær. 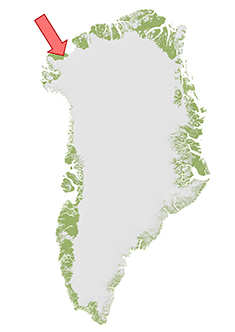 Map of Greenland showing the location of the Hiawatha impact crater in Inglefield Land, along the northwest margin of the Greenland Ice sheet. 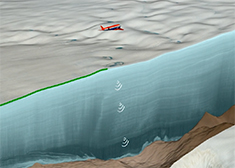 Ice radar survey over Hiawatha Glacier by the Alfred Wegener Institute’s Polar 6 research aircraft. The radar data reveal both the topography of the impact crater beneath the ice, as well as the layering of the ice itself. This survey revealed that ice older than the Holocene (the past 11,700 years) is heavily disturbed. 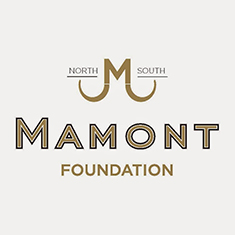