One of the largest mass extinctions in the history of life took place during a major glacial episode near the end of the Ordovician Period, about 445 million years ago. 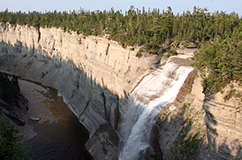 Anticosti Island, Quebec, Canada, is one of the most spectacular locations in the World when it comes to studying the Late Ordovician mass extinctions. This is because of the extremely fossiliferous limestones that constitutes the bulk of the island. Here, the 76 m high Vauréal Falls, the second heighest water fall in Canada. The great extinction event starts right at the onset of the waterfall. Photo: CMØ Rasmussen.

- It is a long held view that this – the first of the great mass extinctions through the history of life – was largely associated with a sudden ice age’, says Professor Dr. David A.T. Harper, Department of Earth Sciences, Durham University, and continues: In recent years, however, this view has been modified as evidence also points to habitat destruction caused not only by climate change but by slower earth system processes, such as the changing positions of the continents.

A test of previous assumptions

Lead-author, Dr. Seth Finnegan, an assistant professor in the Department of Integrative Biology at the University of California, Berkeley, continues:

- Although it has been recognized for a long time that the extinction coincided with climate change, there are many ways in which climate change could have caused elevated extinction. And there have also been suggestions that something other than climate change was responsible for the extinction event. We examined support for different extinction scenarios by statistically examining a new database of the geographic and temporal distributions of fossil brachiopods [a group of marine invertebrates] to find out what factors were most influential in determining which species survived and which went extinct. 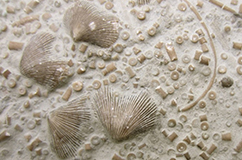 - This database is compiled with emphasis on the temporal resolution on the global occurrences of each genus [a group of closely related species], which is precisely georeferenced, through a roughly 20-million-year long interval covering both before, during and after the extinctions on a global scale. We have also included the depth preference of each genus. In this way we are able to track groups of related species in 4 dimensions through the event – with time being the 4th dimension. Thus, we were able to define which genera were climate sensitive and further test how they performed during the crisis interval, explains Dr. Christian M.Ø. Rasmussen, an assistant professor of the Natural History Museum of Denmark, University of Copenhagen. 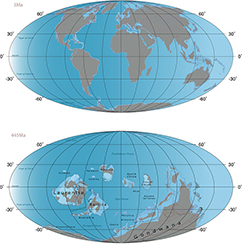 - Groups of species that went extinct during this event tended to have relatively narrow latitudinal ranges or to be restricted to deeper waters.  Our analysis provides new evidence that cooling and changes in oxygenation of the oceans were important factors in causing the extinction events. Our results provide more evidence that episodes of rapid climate change can profoundly reorganize marine habitats and cause mass extinctions.

The results have just been published in the renowned journal Proceedings of the Royal Society B.