DNA sequencing of ancient maize from archaeological sites in the USA and Mexico shows that maize was carried from Mexico into what is now the Southwestern Unites States by different routes at different times. The study, published this week in the first issue of Nature Plants, settles a longstanding debate by revealing the first phase of maize introduction into the Southwestern US occurred through the highlands of the Sierra Madres about 4,000 years ago, followed by a gene flow from a Pacific coastal route 2,000 years later. 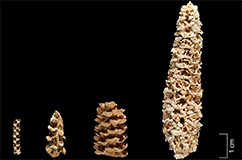 Comparing the DNA sequences of modern crops with contemporary wild relatives offers a simplified view of their histories. Missing from these analyses are long-disappeared varieties that formed a transition between the plants that human ancestors used as food and those known today. These intermediates would provide a more precise picture of how food crops developed.

Rute da Fonseca, Thomas Gilbert and colleagues sequenced genes from samples of maize collected from 28 archaeological sites in the USA and Mexico, dating from almost 6,000 years ago to around 700 years ago, and compared these with genes from modern maize, and genes from museum specimens of ancient maize from Chile. 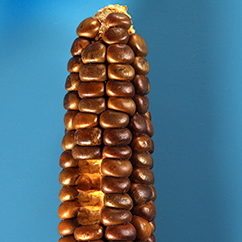 In addition to tracking the introduction of maize to the USA, the study also highlights the evolutionary pressure applied to maize by human migrations and cultural tastes, such as the adaptation to a dry climate and the development of sweet corn.

In an accompanying News & Views article Greger Larson explains that “this study reveals the power of these techniques to resolve paradoxes and expose complex patterns of human-assisted migration and admixture in multiple, geographically and genetically distinct populations.”