METEORITES – A Journey Through Time and Space

Holy rocks, the faces of the gods or a warning of doomsday – meteorites have always been ascribed mysterious and divine properties. But they also possess huge scientific value and provide invaluable information about our solar system. A new, unique exhibition will enable Danish and foreign visitors to discover extraordinary meteorites and will teach them about their origins and mythology, and the knowledge that research into them can provide.

Mysterious rocks and scientific finds for the whole family

On 5 September 2019, the Natural History Museum of Denmark will open a spectacular new special exhibition about meteorites at the Geological Museum. It will feature the vast knowledge that meteorites contain and the amazing stories that surround them. There will be an abundance of experiences for all ages, and for both beginners and experts. Meteorites are unique objects. After a long journey in space, they penetrate the Earth’s atmosphere and then land on its surface. Throughout time, they have enjoyed high status as both cult and scientific objects.

The exhibition was originally developed by Muséum national d’histoire naturelle (the French National Museum of Natural History) in Paris. The Natural History Museum of Denmark has expanded the original exhibition by adding the most extraordinary meteorites from its own collection together with some rarities from private collectors. The exhibition is curated by Professor Martin Bizzarro, Head of the Centre for Star and Planet Formation at the University of Copenhagen. This is what he has to say about the Danish meteorite exhibition:

“Though the exhibition at the Geological Museum will be a scientific presentation and rooted in the latest research in the field, it will also be a sensory and thought-provoking exhibition. We will pay particular attention to the internationally remarkable results of research into the subject, which have come to light right here in Copenhagen.”

A Fascinating Journey in Time and Space

The exhibition, Meteorites – A Journey Through Time and Space will take visitors on an enthralling journey, starting with the story of people’s relationship with meteorites throughout the ages. Literally starting outside the Geological Museum, visitors will be welcomed by the Agpalilik meteorite –  one of the largest iron meteorites in the world, found by the Danish scientist Vagn Fabritius Buchwald in North West Greenland in 1963.

The exhibition also takes a look at the origin of meteorites and their journey to Earth. In this section, visitors can look forward to the fascinating experience of touching one of the rare meteorites from Mars, thereby gaining a close encounter with the universe. The final level of the exhibition addresses the scientific value of meteorites. Almost all meteorites are older than Earth. Research into them is not dissimilar to space expeditions and astronomical observations.

Aiming to Increase Interest in Science

This is the first time the many different ways of regarding these rocks from heaven are being presented in a Danish context. The Natural History Museum of Denmark also has high ambitions for this exhibition. They want it to increase the interest of children and young people in science – one of the Museum’s most important values. The new exhibition will not only inspire, but also show how we can learn more about the origin and composition of life, and emphasise the role that major meteorite impacts have played in the history of life on Earth.

“At the Natural History Museum of Denmark, we tackle a wide range of the most important issues of our time, including sustainability, climate change and biodiversity. The meteorite exhibition will provide surprising ways of looking at this narrative, underpinning the museum’s mission to create positive change for life on Earth. We expect the exhibition to attract a wide range of people.”

Meteorites – A Journey Through Time and Space will run at the Geological Museum from 5 September 2019 to 30 August 2020.

The Natural History Museum of Denmark

The Natural History Museum of Denmark is Denmark’s principal national museum of natural history and today comprises three different venues: the Zoological Museum, the Geological Museum and the Botanical Gardens. In addition to the exhibitions it presents, the museum houses approximately 14 million objects collected over a period of just under 400 years from all over the world. The museum is also a research institution.

In 2023, all of the museum’s activities will be consolidated under a single roof in the heart of Copenhagen in an ambitious, new museum building, which will provide visitors with several amazing experiences.

Highlights of the exhibition:

Learn how to recognize a meteorite and learn more about the stones from sky, so that you will be able to go meteorite hunting yourself.

You can get more information about the activities and events in the meteorite exhibition here... 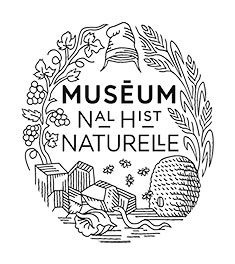 Original exhibition designed and set up by the Muséum national d‘histoire naturelle (France), adapted by the Natural History Museum of Denmark.

The Natural History Museum of Denmark works to further the UN Global Goals for sustainable development. The exhibit Meteorites – a journey through time and space supports: