Taxonomy based on science is necessary for global conservation

In an article appearing in PLOS Biology on 14 March 2018, 184 taxonomists from 37 countries, including two from Denmark, have written of their concerns regarding a recent proposal to radically overhaul the way in which animals and plants are named and defined. 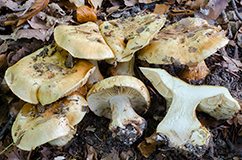 The full article in PLOS Biology can be read here. The proposal is detailed in an article in the journal Nature by Stephen T. Garnett and Les Christidis, argues that traditional approaches to classifying biodiversity are seriously undermining conservation efforts. They propose that, unlike other scientific disciplines where hypotheses are proposed and tested free of external governance, taxonomic hypotheses should be subject to uniform guidelines and international governance. Under their plan, non-scientists with a stake in the consequences of taxonomic change – such as lawyers, anthropologists, and sociologists – would compose an international governing body charged with minimizing disruptions that arbitrary or poorly justified taxonomic changes can cause to conservation efforts.

Species are fundamental units of life and their reliable naming and definition are critical to the scientists and managers who study and conserve biodiversity. Species conservation – including management of the plants, animals and fungi on which humans depend – requires a clear understanding of what species are and what distinguishes them from each other. Taxonomic clarity is also essential to legislation mandating which species are protected. Globally, inaccurate and imprecise species descriptions lead to mismanaging fisheries, squandering conservation resources, and protecting the wrong species. 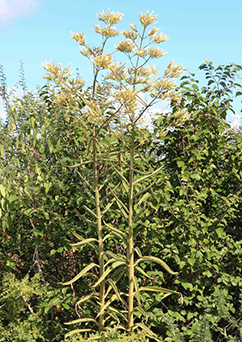 Currently, as species extinction is accelerating and many species ranges are declining, an estimated 85% of terrestrial and 90% of marine species remain unnamed. In a recent opinion piece published in the New York Times, famed evolutionary biologist Edward O. Wilson rightly characterizes this as a major issue for humanity. The global taxonomic community is concerned that non-scientific governance would decrease taxonomic precision and retard taxonomic progress when it urgently needs to be accelerated.

Critics of the Garnett and Christidis plan assert that because species are not fixed entities, but rather living, evolving groups of organisms, the species definition process must remain flexible and open to incorporating new data to be as precise as possible. They believe that taxonomic discovery, as with other scientific endeavors, advances most quickly and efficiently through iterative hypothesis-testing, peer review, and internally refereed consensus regarding the validity of taxonomic proposals. 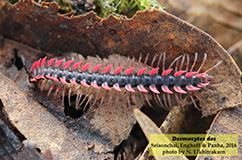 Both sides of this debate agree that biodiversity conservation requires robust taxonomic research, and that lack of this research is severely impacting conservation. However, taxonomists believe that lack of external governance is not a cause of this crisis. Instead, taxonomists argue that the real problems are insufficient support for their discipline through major funding agencies, and inadequate training opportunities for new practitioners. Meanwhile, existing taxonomic experts are aging, retiring and not being replaced. Garnett and Christidis’ proposal to limit taxonomic freedom will only exacerbate these problems.