A group of researchers led by Anders Bjørk from the National History Museum of Denmark, University of Copenhagen have dug through thousands of old aerial photos, recorded in Greenland since the 1930s. This resource have made possible to investigate at how the smaller glaciers around the Greenland ice sheet have melted away during the last 120 years. 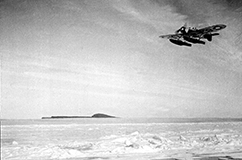 Anders Bjørk says:
- We wanted to focus on the smaller glaciers, because they are not part of the big ice sheet and are not calving into the ocean, and they therefore  react much faster and straight forward to temperature changes.

He adds:
- It is quite an adventure to go through this old material knowing that this is the only existing opportunity to get information on what happened in the distant past”. 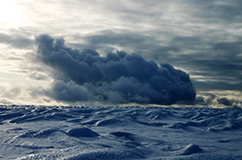 Senior researcher Professor Kurt H. Kjær says:
- We managed to map 350 glaciers and document their history. This is actually quite an accomplishment, as prior to this study only 77 glaciers had been mapped.

With the new massive mapping effort done, the researchers show that the present-day melt and glacier retreat is extremely high, compared to anything that has ever been measured in Greenland. 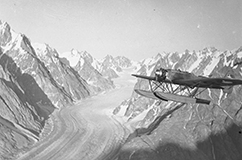 There were also surprising discoveries in the newly produced data. During periods of warming in the 1990s, glaciers on the east coast did not retreat at much as expected and many slowed down considerably. It turned out that this was due to increased snowfall.

Kurt H. Kjær says:
- We looked into how the show falls on Greenland and found that large scale atmospheric circulation in the North Atlantic controls much of the changes in the observed snowfall. This is exciting knowledge, considering that atmospheric circulation runs in phases, which might be stronger and more uniform in the future.

Abbas Khan from DTU who was also involved in the study says:
- That the North Atlantic Oscillation was controlling much of the precipitation patterns was not a surprise to us, but the magnitude we saw – especially in the east was really huge. 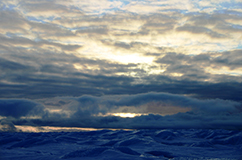 He adds:
- These discoveries tell us that in the future that, the east Greenland ice mass loss might be smaller than expected due to increased snowfall, however the opposite will then be the case for west Greenland.

AndersBjørk concludes:
- This is not a process that may reverse the current mass loss, but it can change from where on Greenland mass loss is coming from, and if it continues for several decades or centuries it will change the geometry of the eastern part of the Greenland ice sheet.