Leading researcher in evolution to be bestowed with an honorable doctorate

Professor Gonzalo Giribet, researcher of zoology and animal evolution at Harvard University, will receive the honorary doctorate from University of Copenhagen on November 17, after nomination from the Natural History Museum of Denmark. 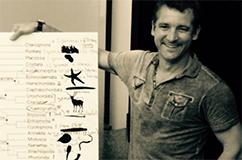 Gonzalo Giribet is a leading expert on a broad range of animal groups, inclusive mollusks and chelicerates. He was furthermore among the first to implement analyses of data from DNA sequences to understand animal evolution and phylogeny, and for many years he was leading the collaborative international research group AToL (Assembling the Tree of Life), that also accommodated several Danish researchers from University of Copenhagen. The goal of the research group was to understand and describe how animal life has evolved from a single celled organism to the diversity we see all around us today.

Deep roots in the Natural History Museum of Denmark

The collaborative ties between Gonzalo Giribet and researchers from the Natural History Museum of Denmark and the Biological Institute stretch more than twenty years back in time, when Giribet as a young upcoming researcher visited the Zoological Museum to explore the collections and discuss animal evolution.   From this point, the collaboration only grew stronger, and it resulted in a considerable production of scientific publications, inclusive a paper in the prestigious journal Nature. 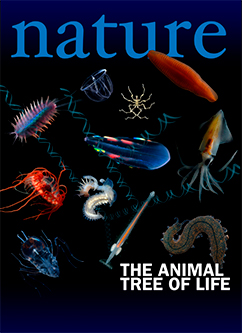 The collaboration also initiated a series of zoological workshops, where the AToL-group would carry out joint fieldwork and collect rare, microscopic animals. These workshops brought the group to University of Copenhagen’s Arctic Station on Disko Island, Greenland, and to the old marine biological station in Roscoff, France. The AToL-group, with Gonzalo Giribet in the front, always aimed at finding and collecting those organisms that other researchers did not have the expertise or patience to find.

Gonzalo Giribet has a PhD degree from the University of Barcelona. He has since then worked at the American Museum of Natural History in New York City, and is today appointed as full professor at Harvard University. He has published more than 300 scientific research papers, been appointed as president for The International Society of Invertebrate Morphology and The Willi Hennig Society, acts as editor for five international scientific journals, and has received a broad range of awards for his teaching and research.

Gonzalo Giribet will receive the honorary doctorate at the Annual Commemoration on November 17. On the following Monday he will give an honorary lecture with the title "CHALLENGES AND PROGRESS IN UNDERSTANDING THE ANIMAL TREE OF LIFE THROUGH THE PRISM OF PHYLOGENOMICS". This takes place in the auditorium at the Geological Museum, Monday November 20, 3:15 pm.