UNESCO selects project that will uncover the onset of the greatest increase in marine biodiversity in Earth history.

The scientific board of UNESCO’s International Geoscience Programme (IGCP) held its 44. Session in Paris from the 22nd ¬– 24th of February, 2016. At this session they selected the projects that they wish to support during the coming five-year period. Among the selected projects were ’The onset of the Great Ordovician Biodiversification Event’, which was granted project number 653.

The objective of IGCP project 653 is, in part, to document species richness through the onset of the Ordovician Radiation, which is the greatest marine radiation of the Phanerozoic, but also study what caused this fundamental event in Earth history.

The project will gather some 200 scientists from all over the world representing a long list of academic disciplines in one global network that will assemble in workshops and conferences throughout the project duration. 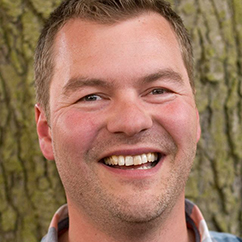 - With this network we will be able to combine a high degree of regional know-how as to where key fossil locations are with a strong, global community in a common effort to document the timing of the onset of this incredibly important rise in biodiversity. Is the radiation, for instance, temporal all over the planet, or, is it diachronous due to for instance climatic gradients, or, other controlling drivers that we are not yet aware of? This is some of the main aspects that we will be studying through an multidisciplinary approach combining taxonomy, biostratigraphy, biogeography, geochemistry and sedimentological analysis together with ocean current modelling in order to support the stratigraphical correlation of this onset, as well as processes controlling it.’, says Christian M. Ø. Rasmussen from the Natural History Museum of Denmark, who is one of the project initiators.

Six researchers from France, England, Russia, China, USA, and Denmark will manage the project. The Danish representative, Christian M. Ø. Rasmussen is looking forward to starting up the new project:

- It is quite a demanding task to compile and correlate important fossil bearing sections from all over the World. Every fossil group has its own distribution in time and space. Thus, a species from a certain fossil group occurring in China is really difficult to correlate with a species from another fossil group in Argentina, for instance. As an analogue, you might say that it is also difficult to communicate trough different languages. In this case each fossil group represent its own language. Hence, we aim to be able to understand this language across continents. That is why this global network is so important – it really has the potential to move this entire research field forward in the coming years.

The project is expected to terminate in 2020. The closing meeting is scheduled to be held at the Natural History Museum of Denmark in Copenhagen.

- In 2020 we should have a brand new museum ready here in Copenhagen. Thus, I thought it would be obvious that our closing meeting – where conclusions of five years hopefully fantastic research is to be drawn – should be held at this unique venue. When the other project initiators learned about the plans for the new museum and that it would open the very same year as we were to have our closing meeting they all favoured the idea to end the project here, says Christian Rasmussen.