Claus Nielsen has been awarded the Linnean Medal for Zoology

The 77-year-old professor emeritus, dr. phil. Claus Nielsen from the Natural History Museum of Denmark (University of Copenhagen) has been awarded the prestigious ‘Linnean Medal for Zoology’ which will be presented to him at the Anniversary Meeting of The Linnean Society of London on 22 May – the day before Linné’s birthday. 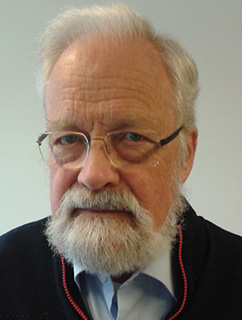 The Linnean Medal is regarded as one of the most important international distinctions in the field of zoology. The medal was instituted in 1888, in connection with the centenary of the Linnean Society. The prize is named after the world famous Swedish botanist, zoologist and physician Carl von Linné, who in the 18th century created order in Nature by introducing Latin names for all animals and plants. His ground breaking system is still used today, and it has made it possible for scientists to communicate about species across language barriers, which is absolutely necessary for every branch of science dealing with living organisms.

A list of  earlier prize winners can be found here.

Claus Nielsen is awarded for his life-long studies of the evolution of the Animal Kingdom. His studies of the larval development of a wealth of especially marine species has led to new understanding of the evolution of the Animal Kingdom, from unicellular ancestors to insects and vertebrates. An important motive for the award  has undoubtedly been the three editions of his much used and cited book Animal Evolution: Interrelationships of the Living Phyla (Oxford University Press). 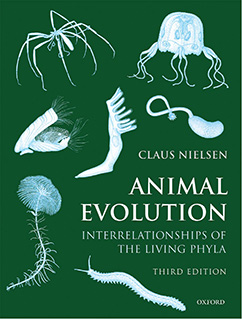 A textbook is guide

- My interest for zoology goes back to my school days, when I collected shells and identified them to species with their Latin names. The collection was arranged according to the classification I could find, but during my studies at the University of Copenhagen I discovered that classification – and later on phylogeny, i.e. the knowledge of the evolutionary relationships of the organisms – changes with our increasing knowledge. This became very clear through the unusually comprehensive and often very inspiring teaching of systematic zoology by Professor R. Spärck. Every textbook of systematics is an expression of the author’s view at a certain point in time, and new information and new interpretations steadily inspire new ‘trees’, says Claus Nielsen:

- A textbook must be seen as a guide, part of which may well turn out to be wrong. This is clearly shown by the changes which the phylogentic tree has gone through from the first to the third edition of my Animal Evolution’ 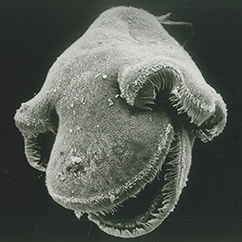 After his employment at the University of Copenhagen, first at the Marine Biological Laboratory in Helsingør and from 1984 at the Zoological Museum (now the Natural History Museum of Denmark), Claus Nielsen first studied systematics of a small group of bryozoans, but the discovery of previously unknown larval types inspired further studies of phylogeny and evolution.

- My studies concentrated more and more on the larval development of a series of marine invertebrates, especially of the larvae which use ciliary bands for swimming and in some cases also for particle collection, and this character became central in my phylogenetic ideas. Later on, the central nervous systems became included, and a new phylogenetic tree was developed based on these characters.

The much used and cited book

In 1995, the studies of the animals and of the literature were synthesized in the book ‘Animal Evolution: Interrelationships of the Living Phyla’, which soon became a much used handbook both for zoologists and molecular biologists. The steady stream of new information soon created a need for both a second and a third edition.

- My continuing studies of the larvae and all the new information from molecular studies inspired the heavily modified third edition in 2012. Only time will show whether there will be a fourth edition.

The third Dane to receive the medal

Claus Nielsen will be the third Dane to receive the Linnean Medal.
In 1951, it was awarded to Dr. Th. Mortensen, former ‘inspector’ at the Zoological Museum and one of the World’s leading experts on echinoderms, especially sea urchins.

Last year it was awarded to professor emeritus Dr. Niels Peder Kristensen, who sadly died later the same year. He was probably the world’s leading expert in systematics and evolution of insects, especially butterflies and moths.

This is not the first time that Claus Nielsen has been honored for his work. In 2001 his ‘extraordinary achievements in comparative zoology and evolutionary embryology’ was rewarded with the Aleksander Kowalevsky Medal from the St-Petersburg Society of Naturalists.