Behind the title ‘best science communication in the category ‘new media production’’, lie three documentaries and an interactive 3D program. 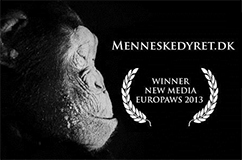 ”’The Human Animal’ is a new way of making science communication. We have won this prestigious award because we have been able to combine research, a new visualization technique, and an exciting teaching method in a new way”, says Hanne Strager, head of the Department of Education at the Natural History Museum of Denmark.

In continuation of ‘The Human Animal’, the Natural History Museum has produced three documentaries that are being used as inspiration for teaching human evolution. In the dissecting hall at the Zoological Museum, the documentary hosts literally bring the audience under the skin of a dead chimpanzee, where the audience learns the similarities and differences between us humans and the human apes. 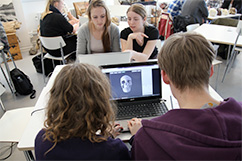 “The idea behind the documentaries is to invite the audience into a universe they normally wouldn’t have access to. The audience is taken deep inside the labyrinthian corridors of the Natural History Museum, where they watch the biologists while they dissect the human evolution in a literal fashion. This way, the audience is being presented with an interesting view on our own evolutionary history”, says Anders Drud Jordan, head of Digital Production and Web TV at the Natural History Museum of Denmark.

Watch the documentaries and try out ‘The Human Animal’ here.

The making of ‘The Human Animal’ was supported by the Danish Culture Agency’s E-Museum funds, and is free to use.