Ib Friis, Professor of Botany and Phytogeography at the Natural History Museum of Denmark, fil. dr. from the University of Uppsala and dr. scient. from the University of Copenhagen, has for many years studied the forest and savanna vegetation of the Horn of Africa (Eritrea, Ethiopia and Somalia). He has undertaken more than 30 research visits to Africa since 1970. This month Ib Friis celebrates his 70th birthday, and by the end of January he retires formally from his professorship. His journey of research continues, however, with new field work and publications.

Everyone is welcome to Ib Friis’s retirement lecture on Friday the 30th of January, 13:15, at the lecture hall of the Geological Museum. Title: Flora and vegetation of the Horn of Africa - 45 years of study. 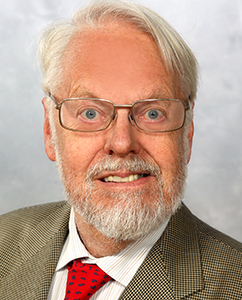 When Ib Friis first visited Ethiopia the natural history of the Horn of Africa was not nearly as well-known as that of neighbouring regions, but the flora is now as familiar as that of East Africa, not least because of his many years of work in Ethiopia. There is now a much better understanding of the complexity of the vegetation, and what is unique and what is found elsewhere. It is now evident that the biodiversity of places in the Horn of Africa that may look like desert can indeed be rich in unique plant species. A culmination of Ib Friis’ work is the publication in 2010 of an atlas in 1: 2,000,000 of the natural vegetation of Ethiopia, involving reconstruction of vegetation types in the highlands of that intensely cultivated and densely populated country.

Ib Friis’s scientific achievements have been recognized by his election to three scientific academies: the Royal Danish Academy of Sciences and Letters in 1990, in Sweden to the Kungliga Fysiografiska Sälskabet in Lund in 2007, and in 2014 he was elected to the Ethiopian Academy of Sciences in recognition of his significant contribution to the scientific understanding of that country. Scientists there have asked him to continue his research, which he is very willing to do in his retirement.

Ib Friis’s articles and books total nearly 300 publications. In addition to the works on vegetation and the flora of the Horn of Africa there are many articles about plant relationships, particularly in the order Urticales. With the Kew botanist Nigel F. Hepper he has also documented anew the scientific results of Carsten Niebuhr and Peter Forsskal's participation in the interdisciplinary expedition to Arabia in 1761-1767 and since 1987 he has been responsible for the curation of these valuable botanical collections preserved at the Natural History Museum.

Ib Friis has received the Danish Order of the Dannebrog.

Title: Flora and vegetation of the Horn of Africa - 45 years of study.